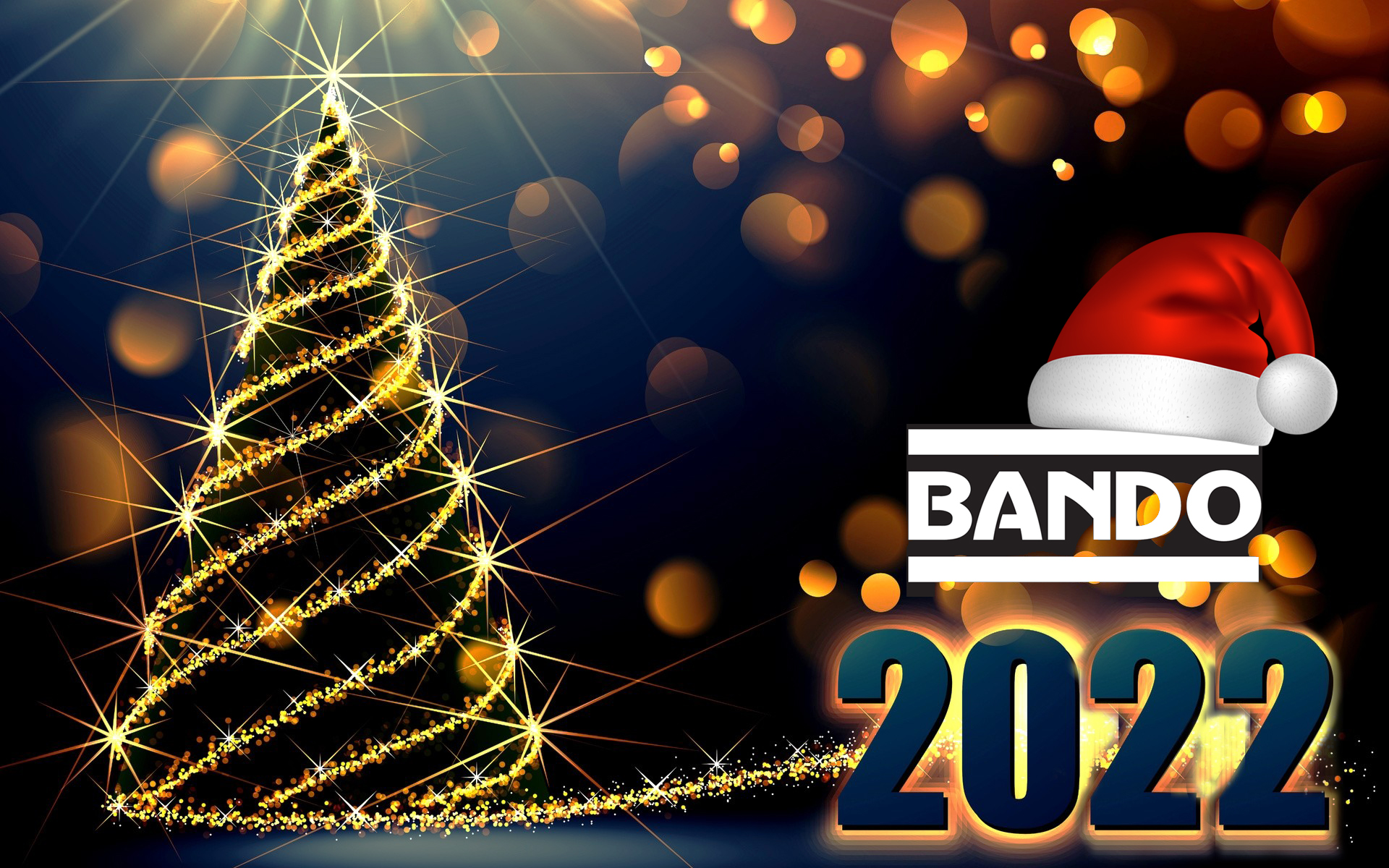 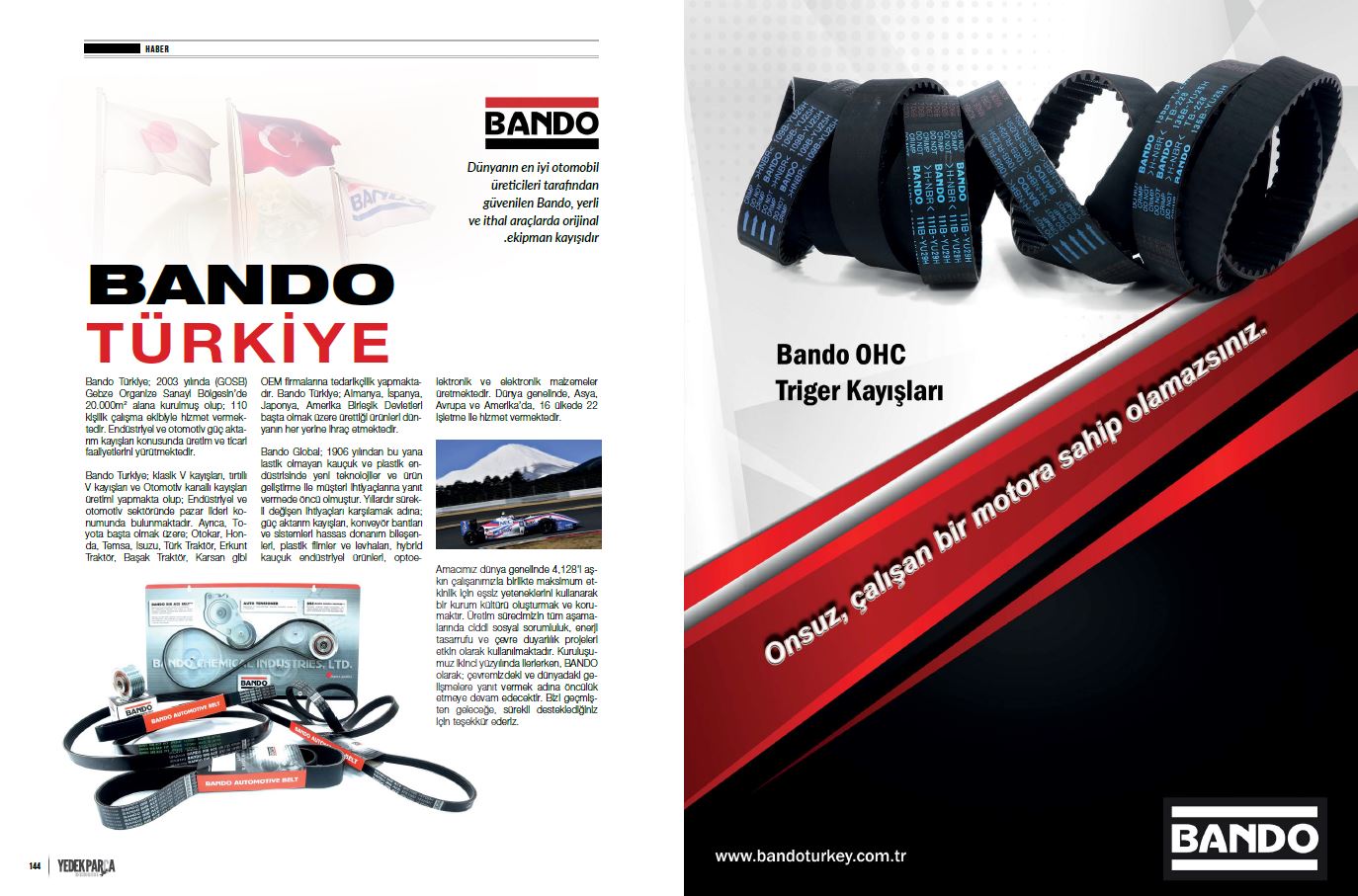 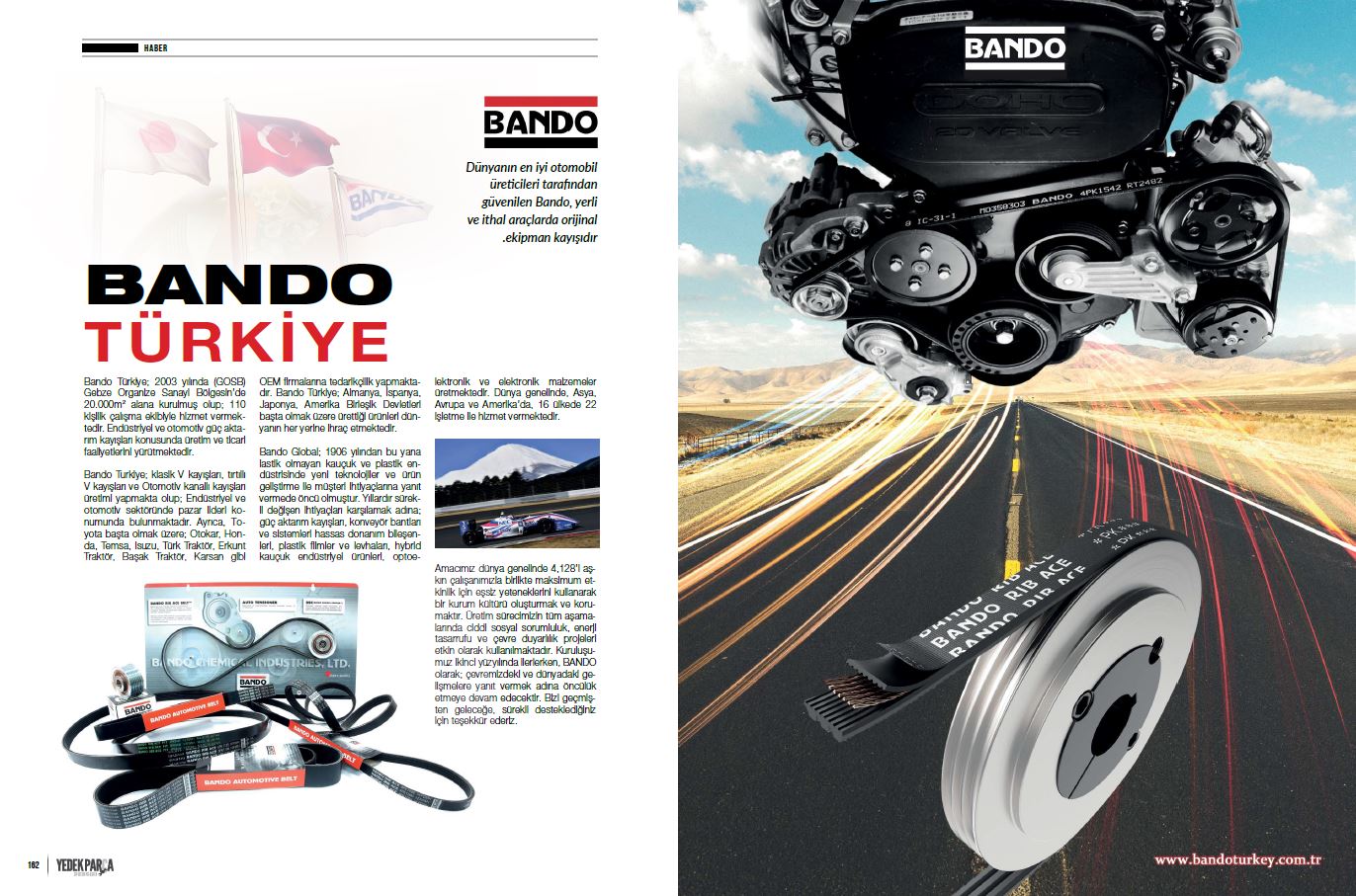 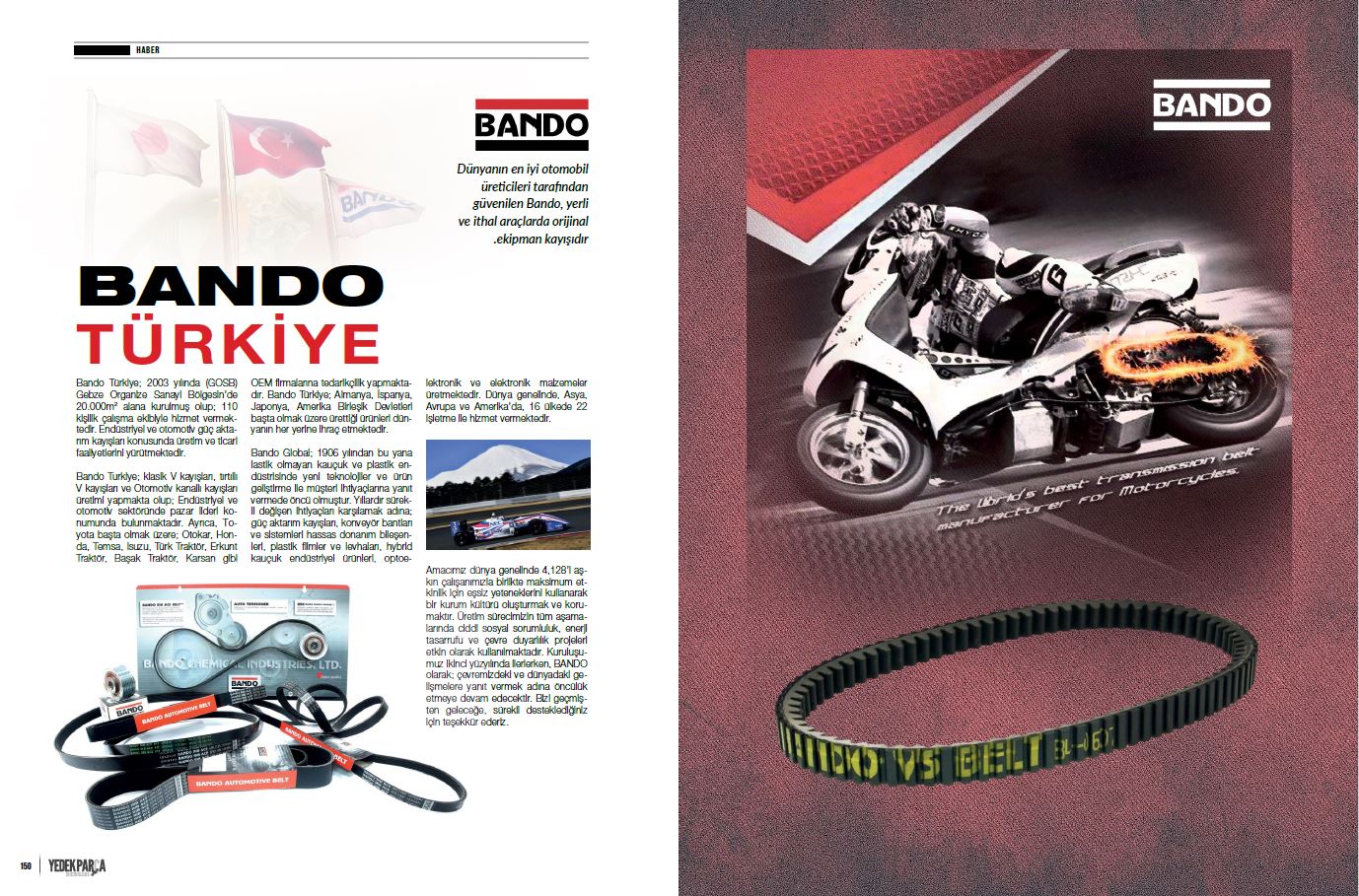 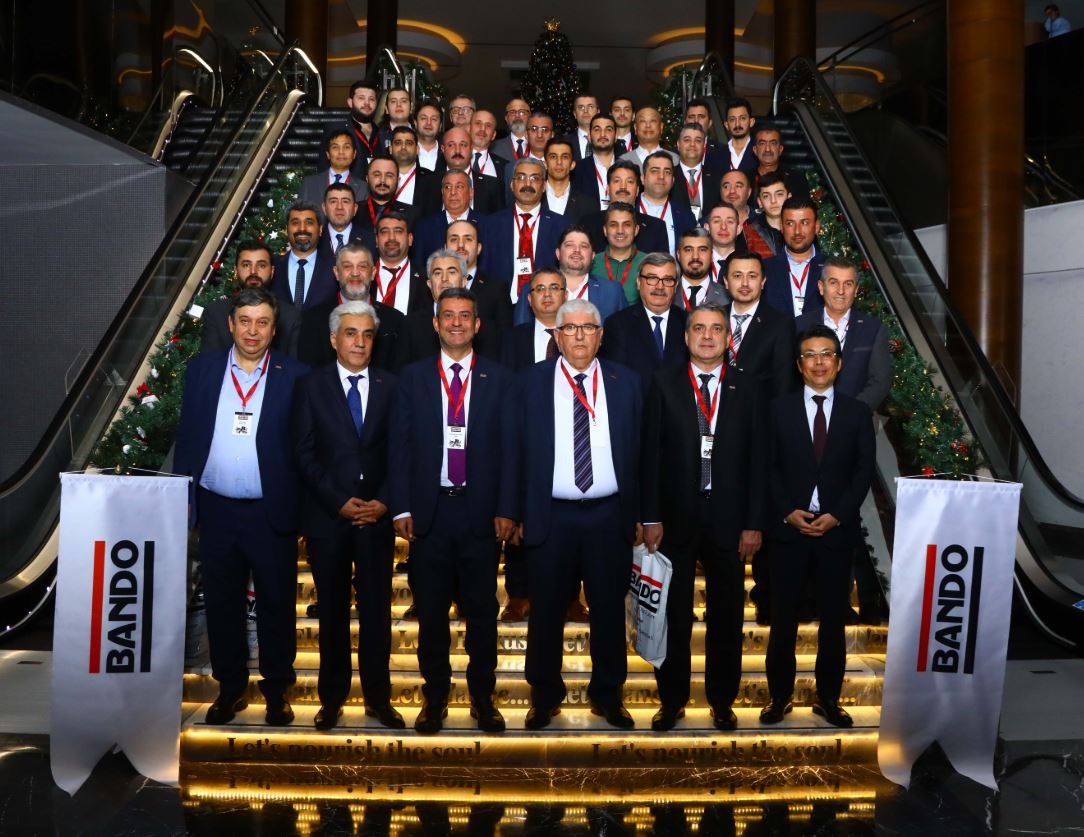 Classic V-Belts, Cogged V-Belts and Automotive Belts are manufacturing in Bando Turkey Plant.
Bando Turkey has market-leading position within 40% rate for industrial products.
For automotive products, Bando Turkey has partnership with manufacturer or master distributor companies who are especially Toyota, Otokar, Isuzu, Türk Traktör, Erkunt Traktör, Başak Traktör, Honda ve Karsan. We continue to work for automotive market-leading position as well industrial sector. Bando products are exported all over the World, especially German, Spain, Japan, America.
Participants from various cities of Turkey gathered at the Elexus Hotel & Resort & Spa - Kyrenia, North Cyprus. Bando Turkey came together with its all local dealers during its 2st Dealer Meeting between 18-20 January 2019.
Mr. Kenan Kamil KAPTAN who is Board Member & Director of Bando Turkey made the opening speech. In addition, Bando Overseas Director who is Mr. Kazuyuki MAMBA and Mr. Koichi MIYABAYASHI (President of Turkey) participated in this meeting.
2018 was reviewed with the dealers attended the meeting from various provinces of Turkey and a presentation was made to them about the goals of 2019 year. Bando Products have been featured in detail in the activity, in which new products and innovations were also presented. The meeting, in which the plans and expectations of 2019 were shared, took place in a friendly atmosphere, where mutual dialogues were held.

If you have questions, comments, need immediate assistance or more information, please don’t hesitate to call Bando Turkey at 0850 777 26 87 or fill out our contact form by clicking the Contact Us Today button.